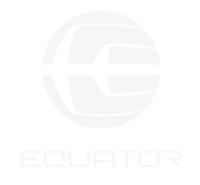 Equator Aircraft AS have partnered up with

Equator Aircraft has been involved with developing electric drive trains and doing novel aircraft design since 2012, and thus is in a good position to further develop these products in a venue that solely focuses on speed for a short while in a very safe highly controlled environment.

The AirRaceE management team is working tirelessly to acquire the first race venue late 2021, whilst the teams spread around the world are tinkering with their racing machines to finish them in time to race. Read more about the central AirRaceE initiative here:

Based on an original Cassutt IIIM amply named after the norse mythology lightning God ‘Thor’, will be highly modified and converted to a 150kW pure electric race aircraft enabeling sustained and exceeded speeds of 250 mph (402 kph). The aircraft type already has a wide and long air racing legacy, and is built for this purpose alone. With an MTOW of 407kg the plane will carry 23 kWh of packed electric power, a custom BMS, along with state of the art power control systems. With a limit load of +/- 12 G's the aircraft can sustain the upmost punishment sustained in the race cirquit.